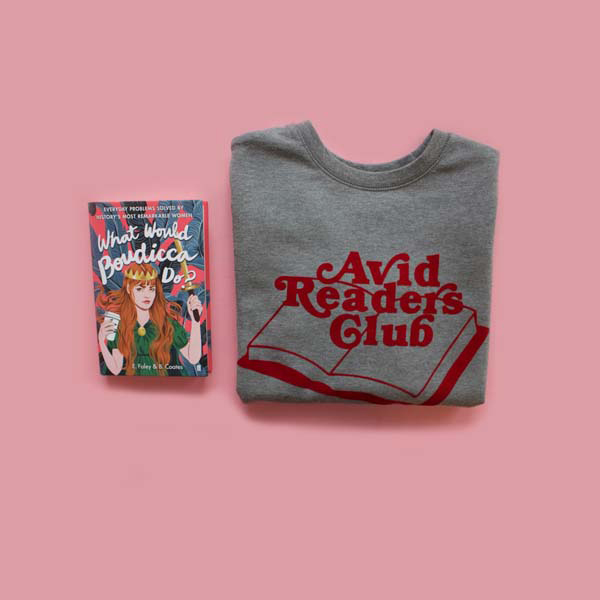 #joaniegalboss: Interview with Authors, E. Foley and B. Coates

We continue our #joaniegalboss series with the lovely E. Foley and B. Coates, authors of the fabulous girl guide with a twist 'What Would Boudicca Do?'. We interview the dynamic duo, getting the inside scoop on what lead the girls to write this glorious guide!

Dressed in our very apt Bronte Avid Readers Club Sweatshirts, the ladies give us some inspirational advice on how to get through our everyday problems, solved by history's most remarkable women.

Tell us a little about Queen Boudicca’s story - what made you decide to namecheck her in the book’s title?

BC: This was a play on that lovely question ‘What would Beyoncé do?’, which people often sensibly ask themselves in times of trouble. We wanted to write about women from history so we changed it to our own Queen B.

EF: Boudicca’s story is both inspiring and topical. She was the ruler of a Celtic tribe who was swindled and assaulted by Roman soldiers from the invading army. She didn’t meekly accept this as the fate of women in war, but instead wreaked her revenge by burning several Roman settlements to the ground. If you dig down far enough in London soil you can find a layer of burnt ash from her conflagrations, so she literally left her mark on the world. 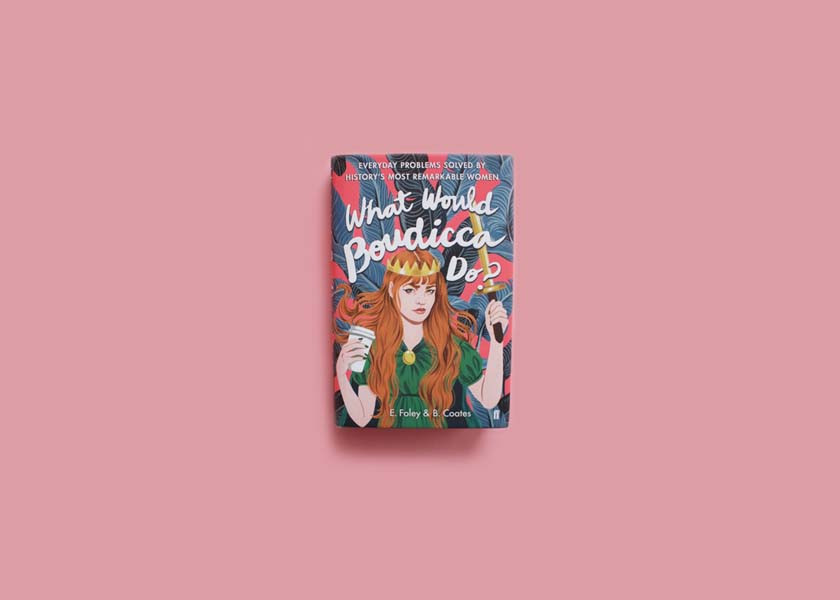 The book features a number of influential women throughout history - have you got a feminist icon who really stands out as inspiring you personally?

BC: For me this has to be the cocktail-swilling, cigarette-devouring literary genius Dorothy Parker. She was excellent at turning painful experiences – romantic, literary, whatever – into cracking copy, full of vicious wit and defiance. I love to think what she might have been like on Twitter.

EF: I didn’t know anything about the Native American explorer Sacagawea before we wrote the book and she’s a powerful example of not letting anything hold you back. She was the only woman on a US expedition to explore the unmapped West in 1805 and her contribution was significant. Oh, and she was 17 years old at the time and carrying her two-month-old baby on her back through it all. 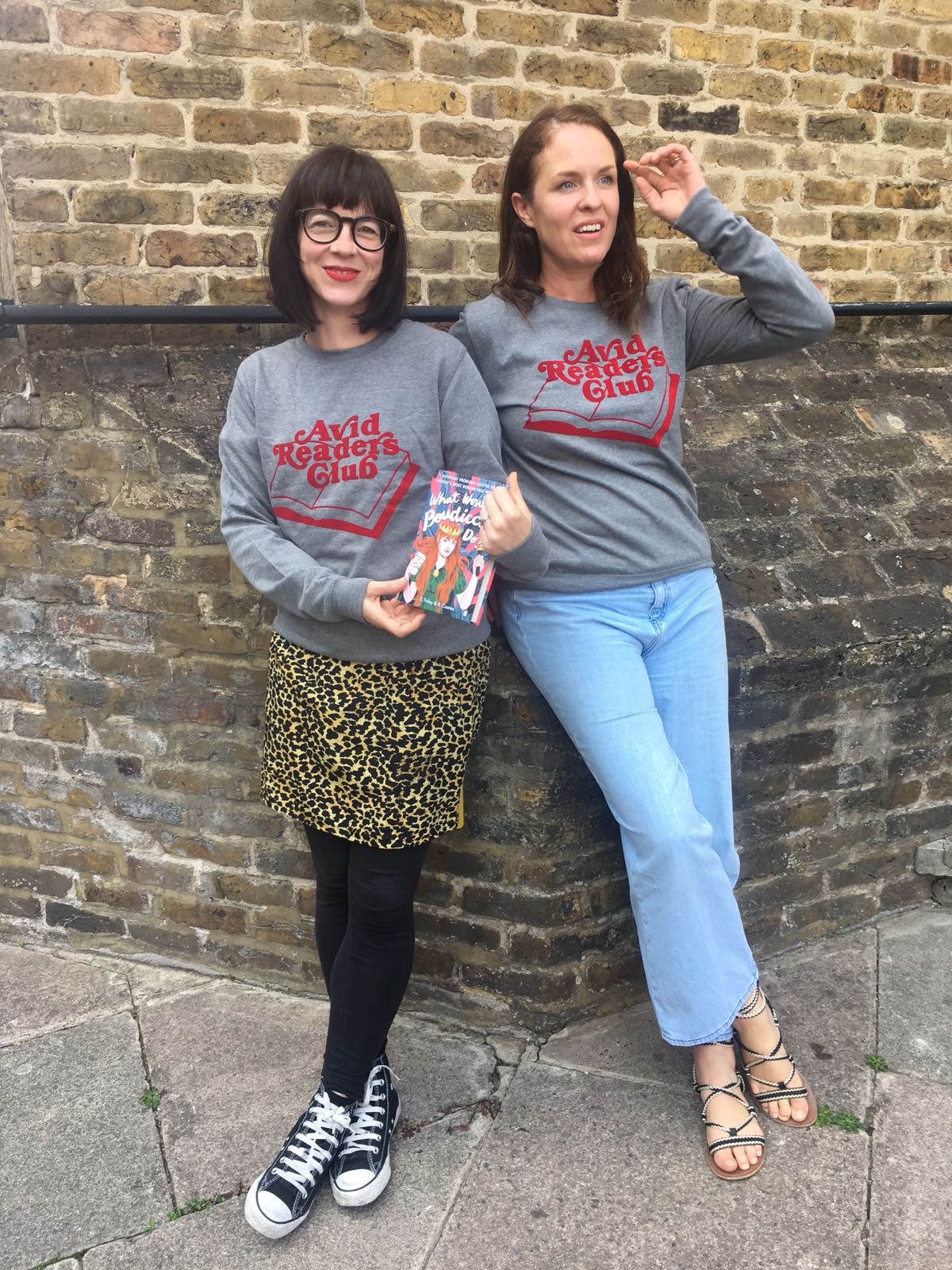 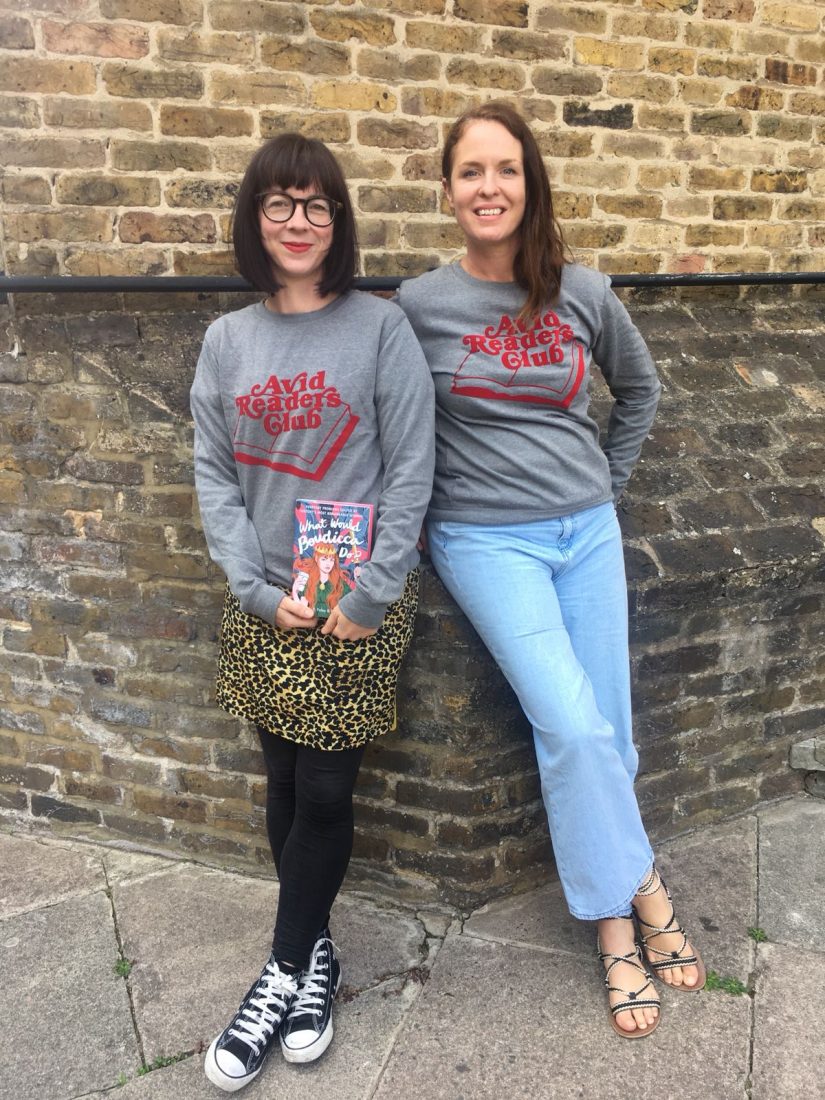 Throughout the book, you discuss a number of modern issues that women face today; what do you personally feel is the biggest obstacle for womenkind at the moment and how do you think it could be changed or improved?

BC: I think one of biggest problems facing women is not being heard. It’s changing, which is obviously excellent, but one of way we can keep the momentum up is by always backing each other. There’s a great lesson from the women on Barack Obama’s staff, who adopted a strategy in meetings they called amplification – i.e. when a woman made a good point, the other women would reinforce it, and credit the author. Female solidarity at its best.

EF: We have several women in the book who deal with this issue in one way or another: Rosalind Franklin, Hedy Lamarr and particularly those women who were additionally oppressed because of their colour as well as their sex, like Fanny Cochrane Smith, who went through great hardship in nineteenth-century Australia in order to resist the erasure of her aboriginal culture. We also talk about women like Mina Wylie and Fanny Durack, Josephine Baker and Grace Kelly and Althea Gibson and Angela Buxton who all helped each other out. Viva the sisterhood!

Can you give us an example of a time when you would have loved some advice from one of the inspiring women included in your book?

EF: Public speaking is something lots of people find terrifying and when I was younger I wish I’d known some of Elizabeth I’s tricks. Imagining her as a young queen, living in times when people were being executed all over the place (including her mum), always in a room full of older, more experienced, political men makes giving a Powerpoint at work seem much less frightening.

BC: Isabella Beeton is someone I channel often. Isabella upended all my expectations: instead of a matronly woman bustling around in crinolines and shouting at the servants, she was young, ambitious, full of entrepreneurial spirit. We talk about her in relation to Imposter Syndrome, which I most definitely suffer from – I find it very to turn off that inner voice telling me I am one step away from being found out… Isabella was a writer, editor, translator and journalist who refused to let the fact she couldn’t cook stand in the way of starting her own cookery column. In her first published recipe she forgot to add flour to her list of cake ingredients – but she persevered and is even today a huge bestseller. 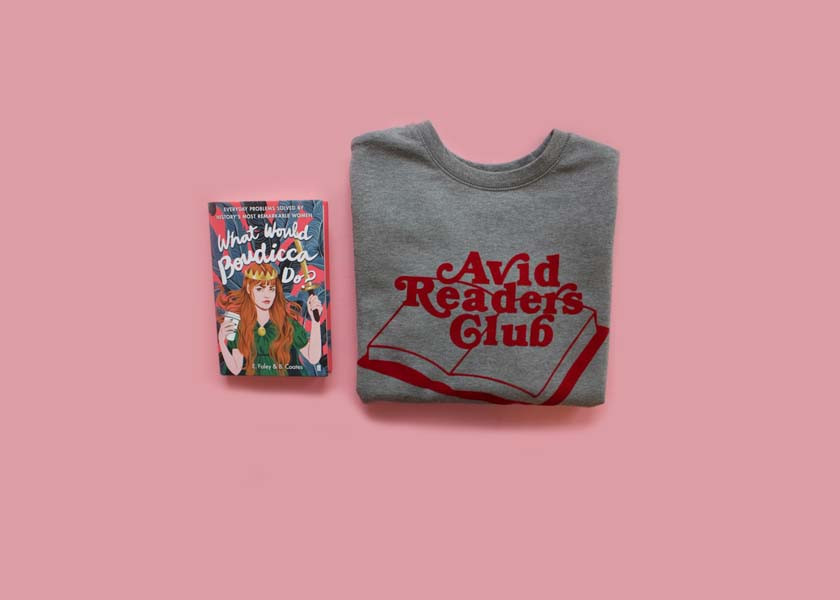 In the book, you speak about Megan Lloyd George’s unconventional childhood and how she shaped her own future; if you could go back in time, what advice would you give to your childhood selves to help shape your future?

EF: I’d definitely try to tell myself not to worry about what other people thought so much. Nell Gwyn is a great inspiration on this front – she was King Charles II’s mistress and despite all the judgement from polite society that this entailed she was not in the slightest bit bothered. She pretty much revelled in being outside standard ideas of womanly virtue. And she had a great time along the way: munching on macaroons and messing about with the other mistresses.

BC: I was a bit of geek as a child and was always anxious about being late, or not getting my homework done, so I think I would tell myself to relax and not worry about making mistakes. I might point a young B. Coates in the direction of housewife turned spy Odette Samson who ended up in espionage because of a mistake – she misaddressed a letter that fell into the hands of the Special Operations Executive, who recruited her as a spy in WW2.

The first line in your new book is “if you could live in any period of history, which would you choose?” - we pose this question to you! What period would you choose and why?

EF: The problem with picking any time before now is that you end up in a situation that was much worse for women. Any of those hundreds of centuries before the twentieth looks rubbish, given you probably wouldn’t be able to do basic things like vote, get an education or a decent job, or choose your romantic partner. Writing the book really brought home to us how lucky we are not to have to fight through the same obstacles the women we were writing about did.

BC: If you could park the fact that women had zero power back then, I’ve always been fascinated by Ancients: Greek and Roman. Great art and architecture, incredible feasting, and amazingly mischievous gods and goddesses. 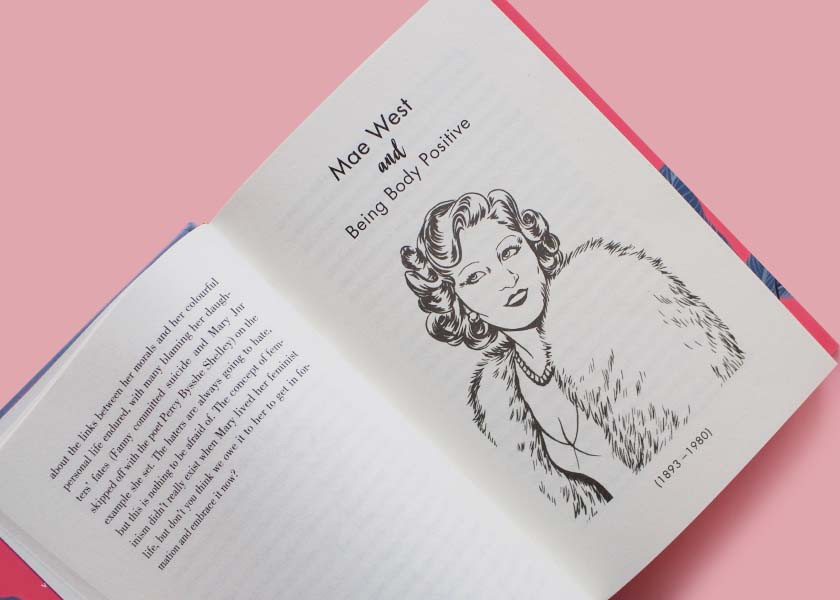 In both of your writing careers, you focus a lot on historical figures - is a love of History something that brought you together?

BC: Partly, we did both study and love History at school. But what really brought us together was starting work at the same place at the same time. We bonded on IT training courses and induction sessions involving slightly humiliating trust exercises.

EF: We became pals and worked together closely on projects. We enjoyed that so much and found ourselves inspired by each other, which meant we go it into our heads that we could do lots of great things together, even write books! We wrote our first book, Homework for Grown-ups, sitting next to each other at one PC composing each line together. We’ve got more efficient since then!

Speaking of eras, and with us at Joanie being lovers of vintage style, which period in fashion inspires your style the most?

BC: ‘90s for me – I love a bit of retro sportswear and my passion for trainers remains undiminished. Might gloss over the backless tops and tartan miniskirts though…

EF: I love ‘60s stuff but if I had to choose it would be the ‘70s for me. I wish I could find more shirts with massive collars – I used to have a great charity shop collection. I have some great maxi skirts my mum made for herself that I love. And I’m partial to a flare. 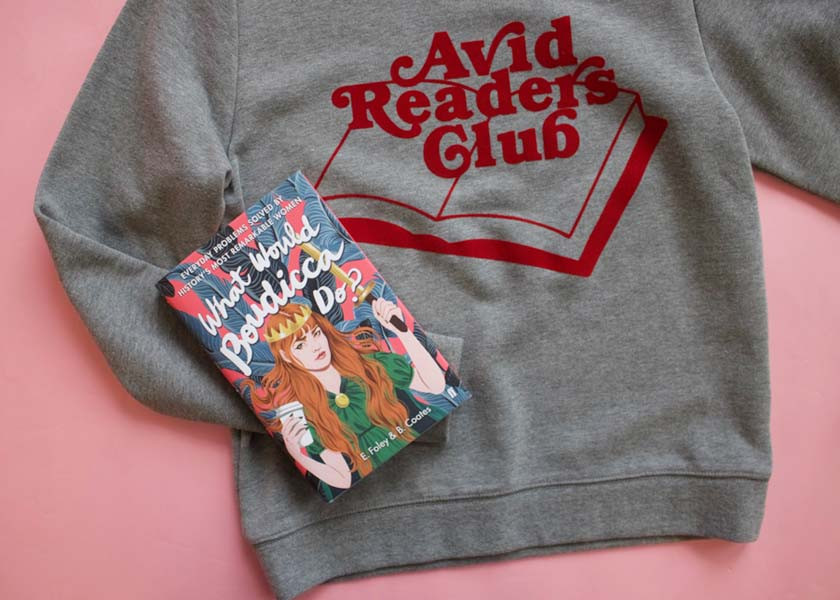 EF: All of the activity around the centenary of votes for women this year was really moving. Seeing so much coverage of the suffragettes and what many of the women involved in the struggle for enfranchisement went through was powerful.

BC: Not strictly an OTD but we retweeted an article from the ‘40s about Frida Kahlo – the headline reads ‘Wife of the Master Mural Painter Gleefully Dabbles in Works of Art’… which is a good reminder of how far we’ve come. We recently went together to the V&A Frida Exhibition – it was incredibly moving and inspiring. She lived most of her life in terrible physical pain, but built a world for herself full of colour and defiance.

With another successful launch of one of your books, you both prove that you can be close friends as well as colleagues. After discussing female friendships in the book, have you any words of wisdom for our Joanie Gals?

BC: Yes – always have each other’s backs. We talk about Aussie Olympians Mina Wylie and Fanny Durack in the book. They achieved sporting stardom against the odds and were able to do it together. The best friendships inspire and support you, and spur you on to great things. Treat them well.

EF: I second that. Don’t underestimate how sustaining and important friendships are. I owe my female friends so much and sometimes I feel like I should be celebrating that more. At the least they all deserve bouquets of flowers and chocolates. I’d better get on to that!

We hope you enjoyed our interview with ace authors Elizabeth and Beth – you can check out their new book, What Would Boudicca Do? here (out now!) and follow them on Twitter.