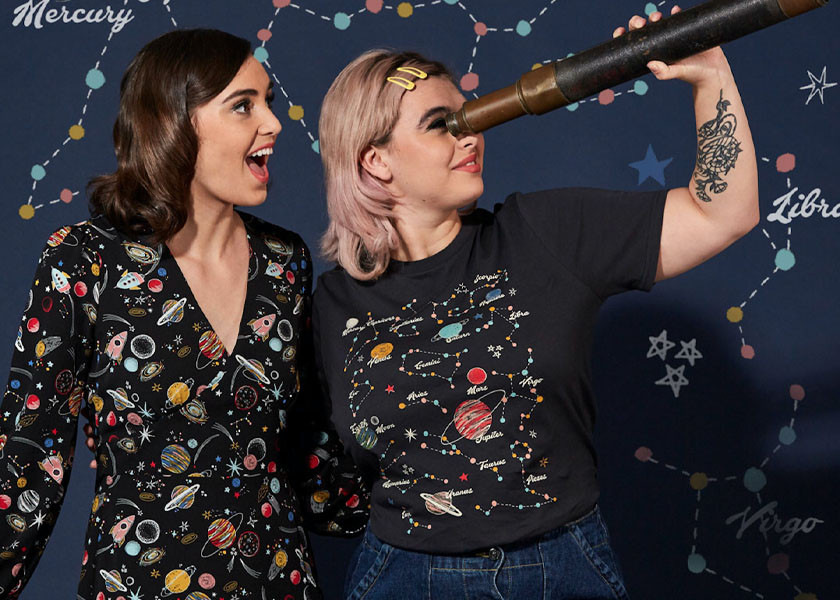 To celebrate the return of our bestselling Lucid Space Print Midi Dress and Nichelle Zodiac Print Tee, we’ve put together a list of our favourite women in space! These most-loved space-inspired styles pay tribute to these pioneering women and their out of this world achievements. Read on to learn more about these inspiring women who paved the way for gals across the world to reach for the stars! All systems go!

First up is Shannon Lucid, namesake to our Lucid Space Print Midi Dress. In 1979, Shannon Lucid Ph.D. was selected by NASA to be part of the first U.S astronaut class to include women. A veteran of 5 space flights, she logged over 5354 hours (that’s 223 days!) in space. In 1996, she set the record for the most flight hours in orbit by a female astronaut. One small step for woman, one giant leap for womankind… 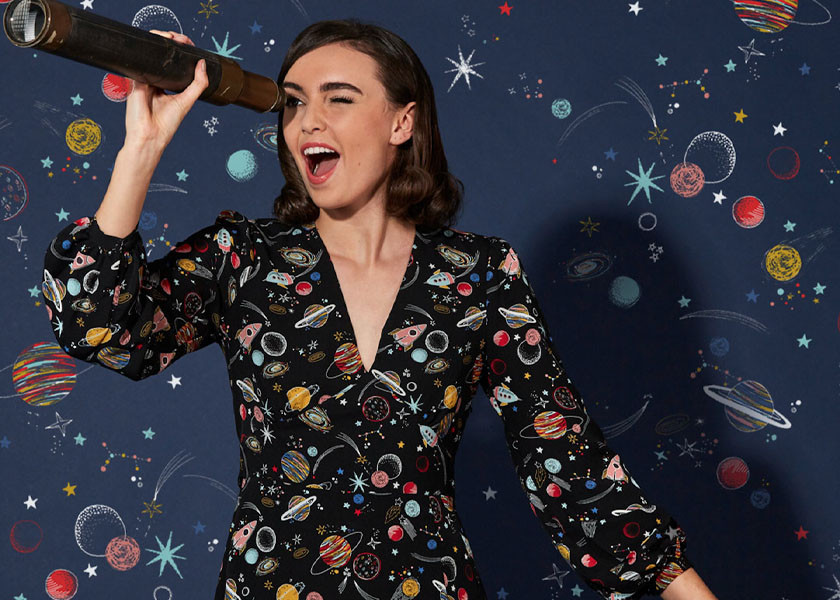 Wear your love of space on your sleeve in the Lucid Space Print Midi Dress.

Born in 1963, Helen Sharman was the first British astronaut and cosmonaut! Back in 1991, 27 year old Sharman sat on top of a Soviet Soyuz rocket in modern-day Kazakhstan, ready to launch into space. Growing up in Sheffield, Sharman studied chemistry before becoming a food chemist for Mars Wrigley Confectionery. Working on the chemistry of ice cream and chocolate isn’t a bad job, but in 1989, when Helen happened to hear a job advert on the radio that said ‘astronaut wanted: no experience necessary’, she immediately applied. Until Tim Peake launched in 2014, Helen was the only British astronaut to fly under the UK flag. 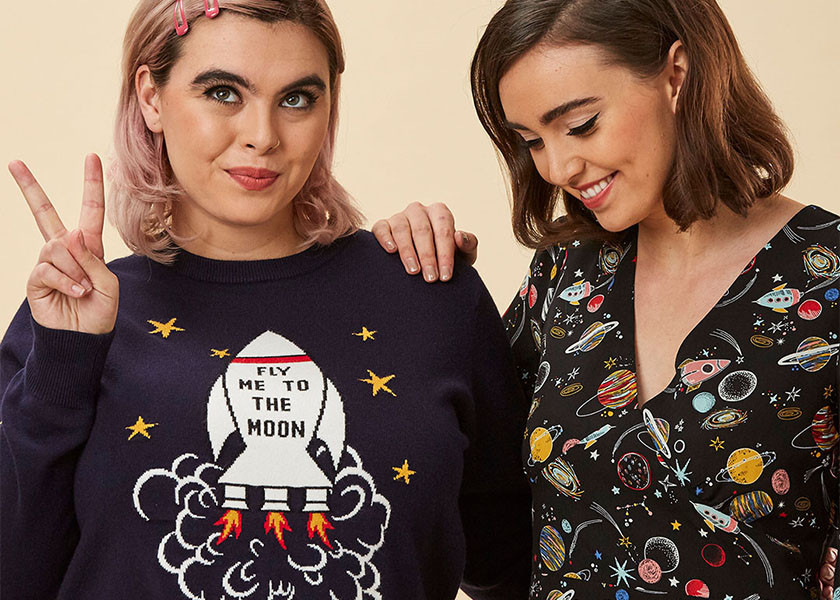 Fly high in the Sharman Fly Me To The Moon Jumper, our homage to Sharman’s incredible achievements!

Next up is Nichelle Nichols! Born in Chicago in 1932, Nichols played Nyota Uhura in the seminal space series Star Trek. Boldly going where no woman has gone before, it was her casting in Star Trek that paved her way as a role model for African American female characters on American television. After the cancellation of Star Trek, she volunteered recruiting diverse astronauts to NASA, including women and ethnic minorities. She taught a generation that the sky really is the limit! Live long, and prosper, gals!

Shine like the stars in our Nichelle Zodiac Print Tee!

American mathematician, Katherine Johnson was born 1918 and enjoyed a 35 year long career at NASA. Her calculations of orbital mechanics were critical to the success of the first and subsequent U.S. spaceflights. Pioneering in the use of computers to perform tasks, she was renowned for her ability to master complex manual calculations. Her work calculating trajectories, rendezvous paths and emergency return paths was integral to the first American in space, the first American in orbit and the first flights to the moon! It really was rocket science…

Her calculations were essential to the start of the Space Shuttle program and before retiring, she worked on plans for a mission to Mars. Quite the CV...

She was awarded the Presidential Medal of Freedom by President Barack Obama and famed by Taraji P. Henson’s portrayal of her as a lead character in 2016 film, Hidden Figures. Johnson died in February 2020, aged 101! 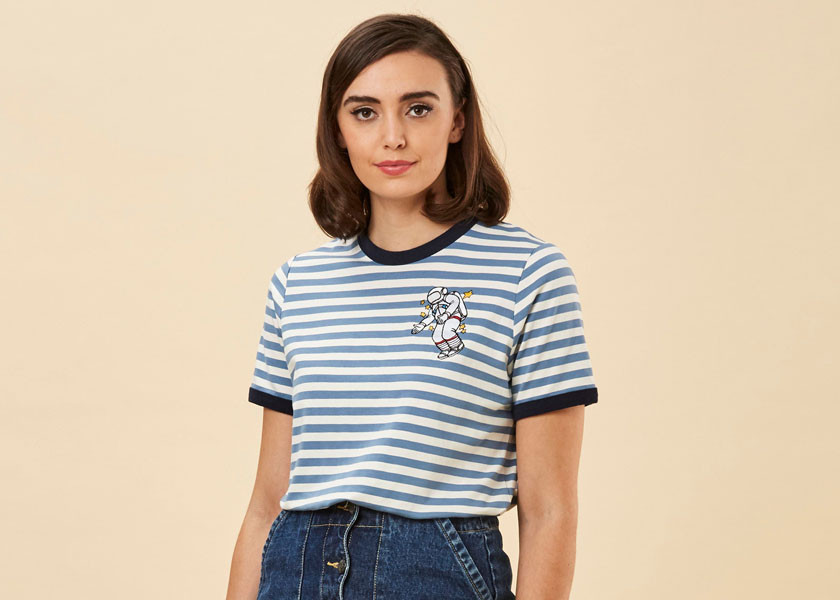 Take your wardrobe to another planet with the Buzz Astronaut Stripe Tee.

Mae Carol Jemison was born in Alabama, USA in 1956. A scientist, doctor and astronaut, she was the first African American woman to travel into space. Mae travelled on Space Shuttle Endeavour, flying 300km above earth and orbiting at speeds of 28,000km per hour, totalling over 5 million kilometres in total in just one trip! Orbiting earth for nearly 8 days, Mae conducted experiments in Endeavor's space lab, studying the effects of zero gravity.

Mae continues to help children from all backgrounds to study science, building on her own love of science from an early age, ‘Growing up, I was just like any other kid. I loved space, stars and dinosaurs.’ 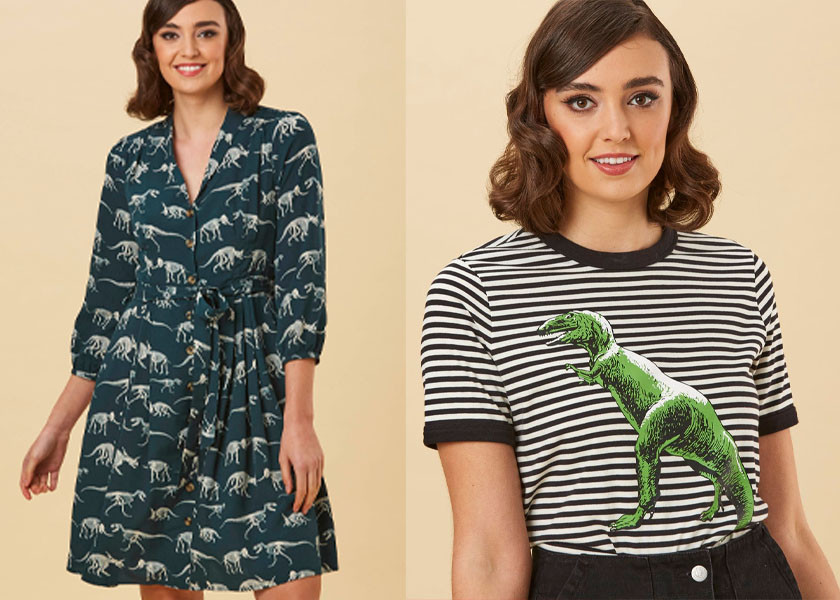 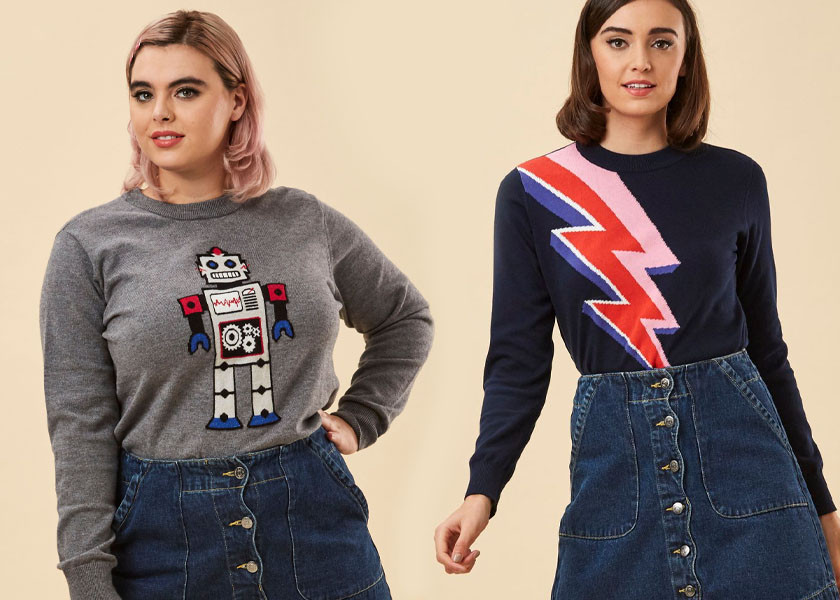 Sprinkle some stardust on your daytime look and keep cosy on your missions with the Kim Lightning Bolt Jumper and Johnny Robot Intarsia Jumper.

Take inspiration from these inspirational women in space and look the part in these space-inspired styles! You’ve really made the grade, and when the papers want to know whose shirts (and shirt dresses) you wear…