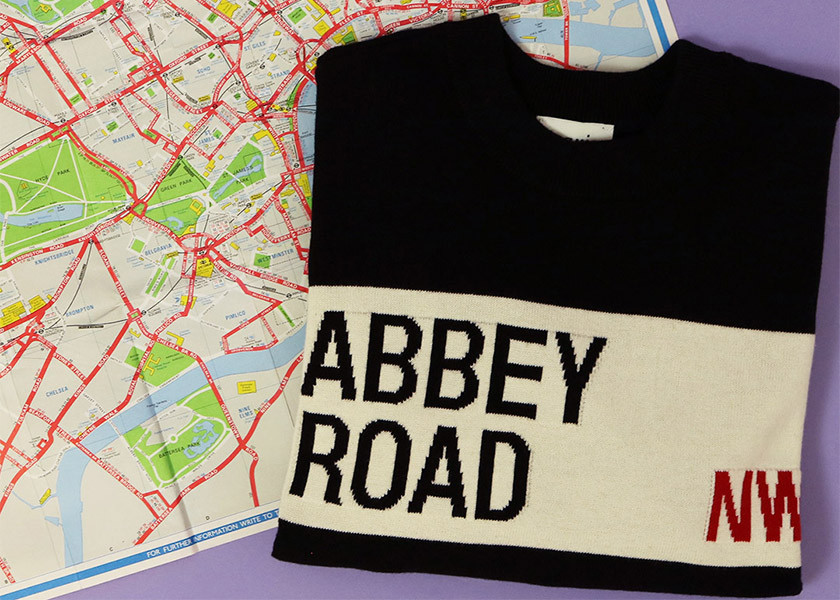 The Women Behind The Beatles: Wives and Girlfriends of the Band

This week we celebrate World Beatles Day, a day devoted to Liverpool’s finest exports John, Paul, George and Ringo. In a ‘twist’ to the norm, we look at the women behind The Beatles. A brief history of the WAGs of the Fab Four, by Brand Director, Lucy.

When I began thinking about starting Joanie, a major building block of the inspiration behind our brand came from drooling over archive images of a Pinterest board I’d started years before called ‘Girls of the Beatles’.

What feels like an age ago, whilst working abroad I’d just spent an afternoon touring the Queen Elizabeth Hotel in Montreal, site of John and Yoko’s famous US bed-in, my interest piqued in the history behind the band - I had always thought that happened in Europe. The Beatles were a mainstay on the stereo in our house, and in Dad’s car whilst growing up; my love for Paul McCartney knows no bounds.

Back in my own (less inspiring) hotel room with my iTunes fired up, I began to re-listen to the music that had just become second nature, to read blogs and watch archive footage of The Beatles. My mood boards filled with photographs of the wives and girlfriends of The Beatles; strong women, in beautiful vintage clothing. The pictures I pinned to the board weren’t exclusive to one era, not one age group or one particular look, but it had a joyous feeling - people loving life, a melting pot of pop culture and style, with a musical lick. That got me to thinking we could do a ‘repro-vintage’ label but without the usual parameters of a specialised era.

Lucy (In The Sky With Diamonds) x

The Women Behind The Beatles: John Lennon

John met first met his future wife, Cynthia Powell in a calligraphy class at Liverpool College of Art in 1957. Lennon, dressed as a Teddy Boy, often bringing his guitar into classes to serenade the girls. Cynthia overheard him compliment another girl in class, telling her she looked like Brigitte Bardot. Cynthia bleached her hair blonder and caught John’s eye immediately, declaring her ‘Miss Hoylake’ after the upmarket part of Liverpool she hailed from. They began dating in 1958, with ‘Cyn’ visiting The Beatles during their famous residencies in Hamburg, falling pregnant around the same time. They married in 1962 with manager Brian Epstein acting as best man. Baby son Julian (later of Hey Jude fame) arrived in 1963, just as Beatlemania began. As his star soared and the trappings of fame took over, Cynthia was hidden from the screaming fans and was treated badly by Lennon. Their marriage ended in 1968 after the fateful retreat to Rishikesh.

New York based Japanese conceptual artist, Yoko Ono was actually a friend of McCartney’s, she was first introduced to John Lennon at an exhibition in London in 1966.

The two began corresponding and shortly before the Lennons left for India, Cynthia discovered Yoko’s letters. Together during the final years of The Beatles, Yoko’s presence was constant. They married in Gibraltar in 1969 and during their honeymoon in Amsterdam, held their legendary week-long bed-in for peace. During a second bed-in In Montreal they wrote, ‘Give Peace a Chance’, collaborating as the Plastic Ono Band. After The Beatles split, they decamped to New York in 1970. After a brief separation dubbed his ‘Lost Weekend’ (1973-1975) where Lennon began a relationship with personal assistant May Pang, the two reconciled and son Sean arrived in 1975. John and Yoko were together until the last moment, Ono next to him as he was murdered.

The Women Behind The Beatles: Sir Paul McCartney

Actress and TV presenter, Jane Asher first interviewed The Beatles at the Royal Albert Hall in 1963 aged just 17 and shortly after, began a relationship with legendary lyricist and Beatles bass player Paul McCartney. He swiftly took up residence at the Asher family’s smart London townhouse and red-head Jane was the inspiration behind love songs ‘And I Love Her’ and ‘We Can Work It Out’. Paul and Jane broke hearts all over the world when they announced their engagement on Christmas Day 1967. Asher accompanied Paul and the other Beatles’ partners on their momentous trip to India, where things took a different direction. In early 1968, Jane returned home from work early to find Paul in bed with superfan Francie Schwartz. She ended their relationship on the spot. Asher went on to have a successful career in cookbooks and fancy-dress books, one of which I treasured as a child!

Native New Yorker Linda Eastman was a photographer for Rolling Stone magazine and she first met McCartney whilst on a photo assignment at a party for the launch of ‘Stg. Pepper’s Lonely Hearts’ Club Band’ in 1967. Paul met Linda again in New York and after his engagement to Asher ended, invited her and her young daughter Heather to stay with him in London and the rest was history. The pair married in 1979, and Paul credited the ‘Lovely Linda’ with getting him through The Beatles breakup, dedicating the incredible ‘Maybe I’m Amazed’ to her.

Paul and Linda welcomed 3 more children Mary, Stella and James, and escaped to Scotland where the family became our foremost Fair Isle knitwear aficionados! Inspired by their surroundings, Paul taught Linda to play the keyboard and together they formed Wings, one of the most successful British groups of the 1970s. An animal rights activist, Linda McCartney also became one of our most eminent vegetarians, a cause she championed until her sad death in 1998. 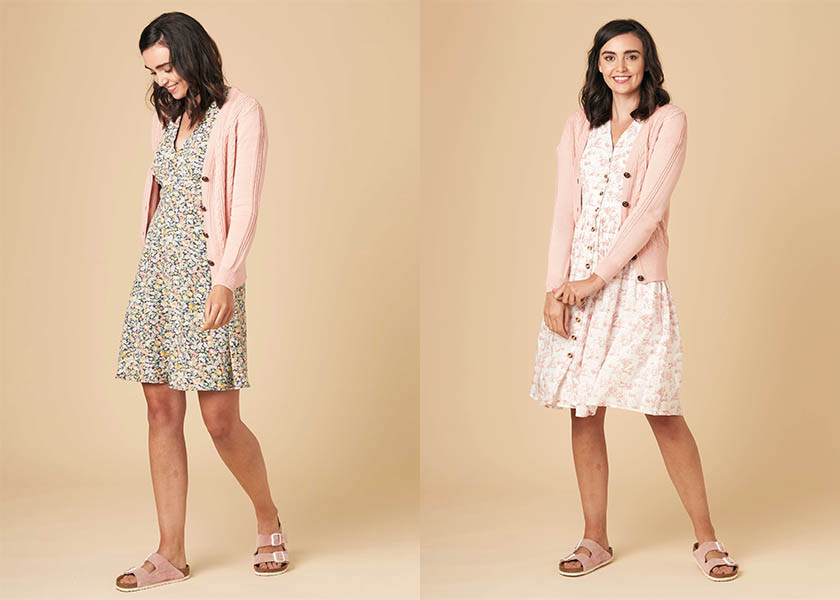 The Women Behind The Beatles: Ringo Starr

Hairdresser, Maureen ‘Mo’ Cox was regular at Liverpool’s famous Cavern Club and she was just 15 when she had her first kiss with drummer Richard Starkey. When she began dating Starr at the height of Beatlemania, Cox was threatened by jealous fans and had to quit her job to remain with Ringo. So young still, her parents even had to give their permission for her to holiday in Greece with Ringo, Paul and his squeeze Jane Asher. Mo, became pregnant with her son (Oasis drummer Zac Starkey) and the couple married in 1965, followed by another son, Jason and a daughter, Lee. The Starrs joined The Beatles pilgrimage to India - but theirs lasted only ten days, after much complaining about the food and insects! Their marriage fell foul of the band’s break up, and they too spilt in 1973 after a Maureen had a fling with Beatles ‘brother’ George Harrison. They divorced in 1975.

International fashion model and actress, Barbara Bach’s break-through role came in 1979 when she starred opposite Roger Moore in ‘The Spy Who Loved Me’ as Bond Girl, Anya Amasova. Glamourous Barbara grew up in New York (there’s a pattern here) and modelled before turning to acting, much like Ringo. Whilst his fellow Beatles released solo material, Starr tried his hand at acting and when the two were cast in ‘Caveman’, a cave-language slapstick comedy, sparks flew. Their heady romance blossomed, and they married in 1981, leading a jet-set lifestyle to excess during the ‘80s, until the couple hit the recovery button and are now a picture of healthy living. 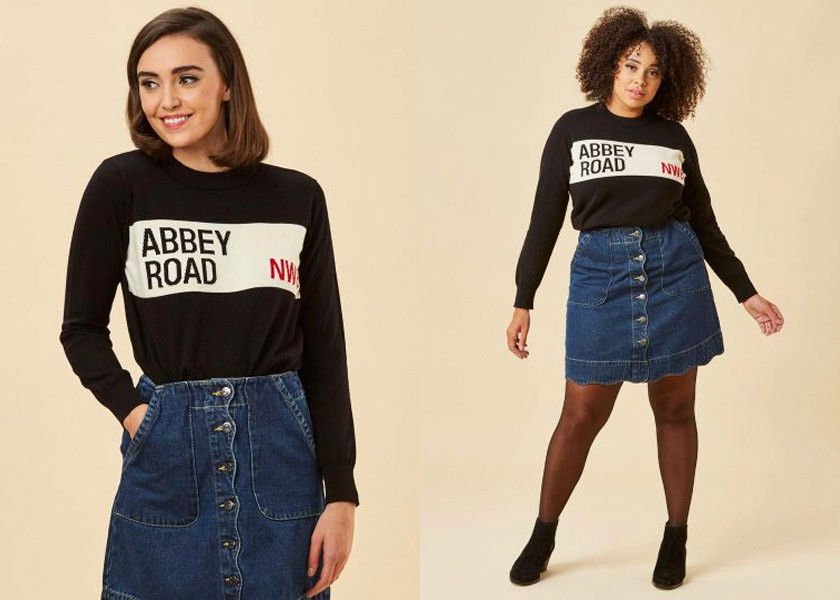 The Women Behind The Beatles: George Harrison

Doe-eyed ‘60s model Pattie Boyd, along with leading British models Twiggy and Jean Shrimpton, epitomised the look and attitude of swinging London, modelling for iconic designers Mary Quant and Ossie Clark. Boyd, then just 19, moved into acting and in 1964, was cast as a school girl in Beatles movie ‘A Hard Day’s Night’, quickly forging a close bond with the guitarist. Flower power couple Pattie and George married in 1966 and she inspired him to write the beautiful ‘Something’. The new Mrs Harrison quickly embraced spirituality and travelled to India with the gang, however on their return she resumed modelling and her marriage to George started to falter. In 1973, she had an affair with Ronnie Wood, and George with the aforementioned Maureen Starkey. She left Harrison in 1974 for his best friend Eric Clapton, whom she also went on to marry and was also the muse behind his hit song ‘Layla’.

After the band split, George went solo, starting Dark Horse Records. Californian Olivia Arias was a secretary for a record label in Hollywood; after many long-distance phone calls with the former Beatle, she began working for Harrison exclusively and the spiritual pair soon fell in love. Son Dhani arrived in 1978 and Olivia and George married a month later, living at the fabulous Friar Park in Henley-on-Thames and tending to its extensive extravagant gardens (well worth a google) and travelling the world. In 1999 when an intruder broke into their home and attacked George, Olivia saved her husband’s life, they remained devoted to each other until George’s death in 2001. 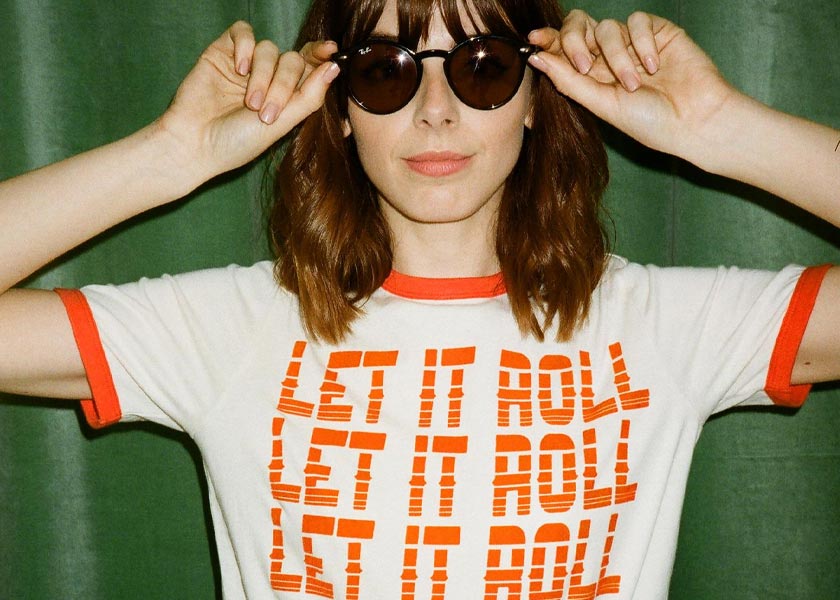 We hope you enjoyed reading about the women behind The Beatles - the wives and girlfriends of the band have seriously shaped our style inspiration and the vintage-style pieces we covet to this day. Why not check out our 1960s Style Edit for inspiration!