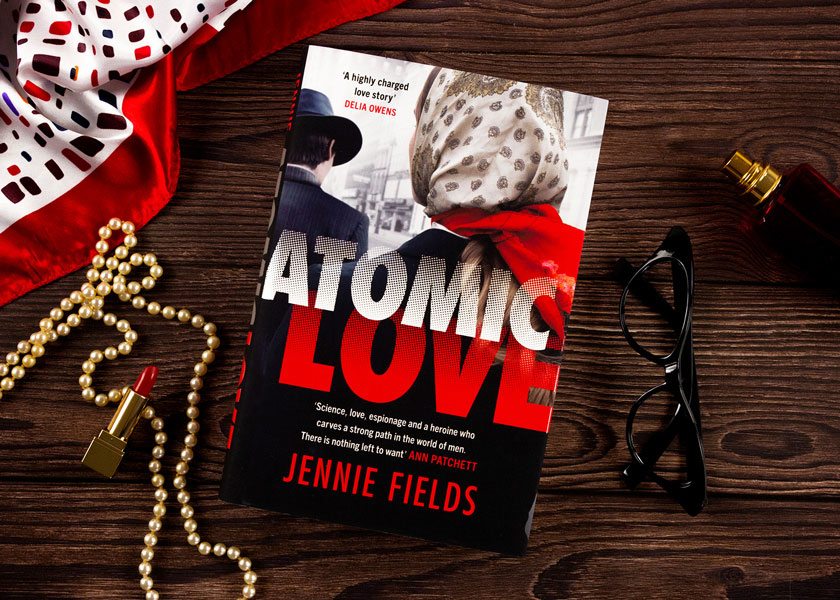 An Interview with Jennie Fields: Author of Atomic Love 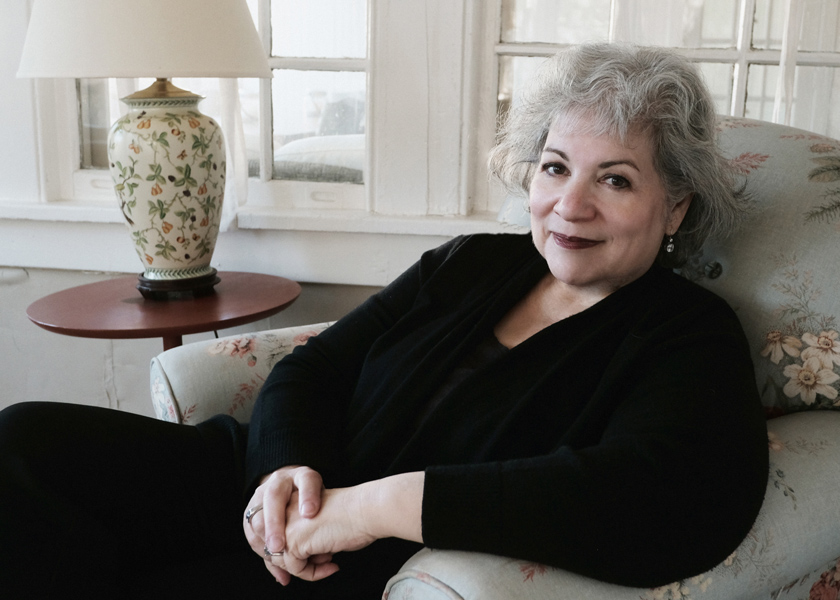 Hi Jennie, great to speak with you! An accomplished author, your new release, Atomic Love will be your fifth novel. Can you tell us a little about it?

Atomic Love is a novel about a nuclear physicist, Rosalind Porter, who worked on the Manhattan Project helping to create the first nuclear reaction which she hoped would someday become a source of clean power for the world. Devastated by the destruction caused by the dropping of the bomb on Hiroshima and Nagasaki, and precipitously left by her lover and a colleague, Thomas Weaver, she fell into a deep depression. When someone reported her unstable mental state to the Project, she lost her position. She’s always believed that someone was Weaver.

Now, five years later she’s living a dull life selling jewellery in a department store when Weaver suddenly contacts her, begging her to see him so he can explain why he left her so suddenly. She’s reluctant. But then she’s approached by Charlie Szydlo, an FBI agent who urges her to say yes. They want Rosalind to spy on her old lover because they believe Weaver’s selling atomic secrets to the Russians. This is at the very beginning of the Cold War. One year after the Russians unexpectedly detonated their first nuclear weapon. The world lives in terror and is grasping for answers.

We read that your mother worked as a biochemist in the 1950s, did you always plan on penning a book which draws influence from her experiences?

I’ve long wanted to write about an early female scientist, a woman who has the smarts to succeed in her field when few women were allowed. But more than that, I wanted to write about a woman who has to give up her dream job as my mother did. My mother did vital cancer research and her work was cited for decades afterward. It was an era when many women had to give up their jobs to returning G.I.’s. My mother mourned the loss of her position, that shining moment of being important, for the rest of her life.

A woman working in science at this time was uncommon - what traits would you say you wanted to get across in Rosalind’s character?

I want to portray Rosalind as a brilliant, resourceful woman, a woman who can see answers that the men she works with can’t see. She’s endlessly curious. She’s solution oriented. She even finds a way to get the men at the lab to listen to her. Realizing that when she speaks in a female octave, higher and with more excitement, the men literally don’t hear her, she learns to lower her voice and speak more softly. She soon finds her colleagues leaning in, listening, heeding her ideas. 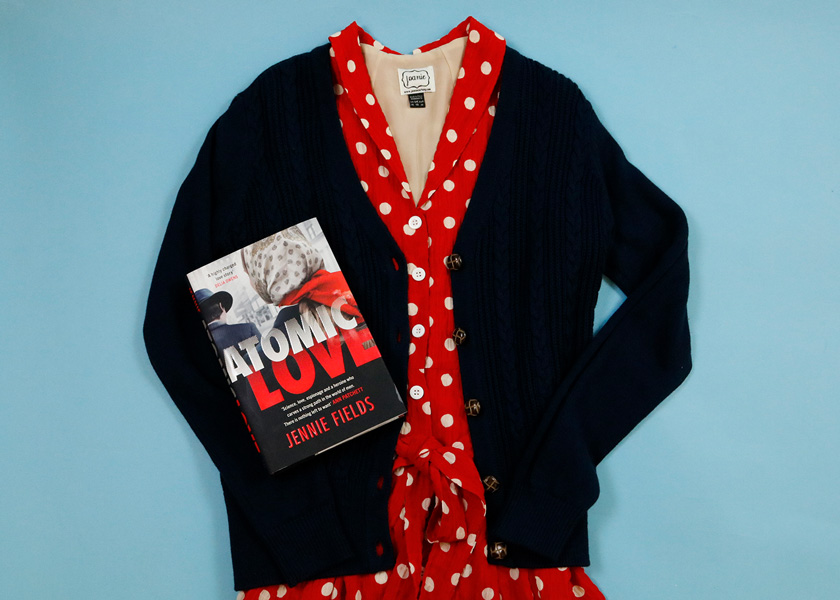 Who would you say the book is for - what kind of readers will find it hard to put down?

I think this book will appeal to people who like historic fiction, especially those who have read too many World War II novels and want to read about a fresh era. But Atomic Love crosses many genres. It’s a complex love triangle between three fully fleshed-out characters all wounded in their own ways by the war. It’s an espionage tale with twists and turns and therefore, a page-turner, and most of all it’s about women groping for a more important place in the world.

You enjoyed a successful career in advertising, working as a Creative Director at big New York ad agencies. What was that like? (We’re huge fans of Mad Men at Joanie HQ so any insights are welcomed!)

I came into advertising at a time when women were just being allowed into the ranks, and happily, I thrived. Within seven years, I was a Creative Director with thirty people working for me. But it was a time of rampant sexism. The ‘Me Too’ movement doesn’t even capture what it was like. When I was on maternity leave for two months (that’s all the time I was allowed) I had to fight to get my position back.

At the same time, I absolutely loved my career. I got to travel all over the world to shoot commercials. I was able to spend a week once at an Olympic training camp, another week in the wilds of Alaska, in a town so remote, the only way to reach it was by single engine plane. We all slept in a log cabin and ate reindeer sausage. I’ve gotten to play in the snow at the top of a glacier in New Zealand and photograph animals in Africa. I was able to employ famous musicians and singers to sing my jingles. It was a lovely, creative life. At night, after putting my daughter to bed, I worked out and then I wrote from 11:30 – 1:00 a.m.

Is writing something you’ve always wanted to pursue?

I wanted to be a writer from the age of six. I had something of a tough childhood and books were a magical escape. The idea of writing own books, creating my own enchanted worlds held a huge appeal.

Do you have an all-time favourite book or one which particularly inspired you growing up?

I read Jane Eyre when I was nine, and while I’m sure a lot of it was too adult for me to really comprehend, I was hooked. I’ve read it twice since and loved it every time. No one gave Jane a leg up. An orphan who didn’t see herself as beautiful or desirable at a time when marriage was all that women could aspire to, Jane had enough self-possession to find her way, to never give up, to always be her best self in the face of adversity.

What’s the best piece of advice you would give to aspiring writers?

I always say the only difference between a writer and a non-writer is that the writer actually sat down and did it. Writing a book is backbreaking -- more work than you imagine. I wrote Atomic Love literally ten times. (I counted.) I also tell young writers that your focus should be on the writing, not the publishing. Write a book you feel so good about, you can face the challenge that will surely come your way: the heartbreak path of finding an agent, a publisher, tolerating negative reviews. Make it all about the journey, not the destination. Each day you write, you learn. Enjoy the process. Enjoy the stumbles. Enjoy the trials. And then no matter what happens, you will feel good about the time you spent. 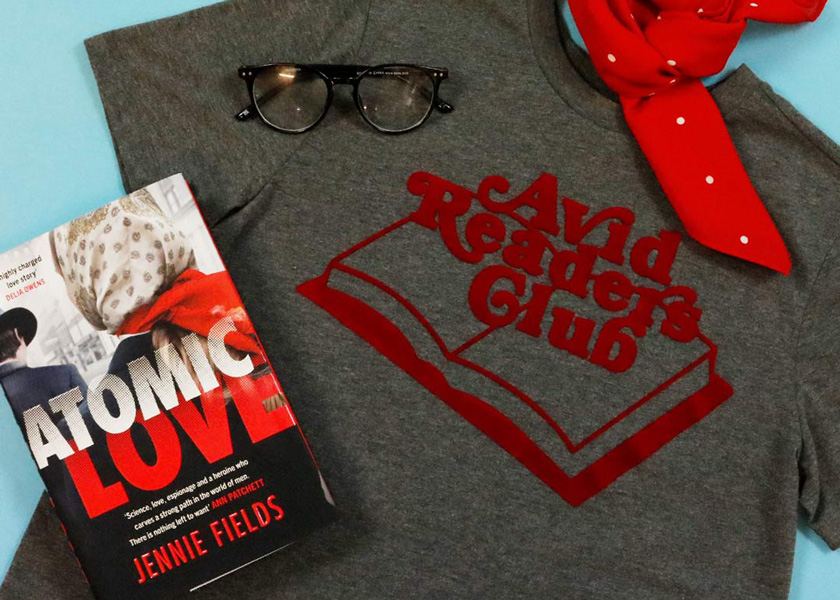 What’s next for you in terms of writing, is there another book in the pipeline?

I’m looking at a book that will partially take place during the Civil Rights movement ‘lunch counter sit-ins’ when people of colour peacefully sat at restaurant lunch counters to protest their lack of Civil Rights in the American South. I find that time of strife similar to our own moment in history and fascinating. There are many more sides to the tale I’m hoping to write. But until I put it on the page, I’m never certain where a book will take me. It’s an uncharted adventure I’m looking forward to taking.

We hope you enjoyed our interview with Jennie Fields! Atomic Love is out now under Penguin Michael Joseph books.

We're also pleased to say that we've teamed up with Penguin on a great competition to win a copy of Atomic Love, plus a £100 Joanie voucher! Find out more details and enter, here. Hurry, entries close 12th October 2020!