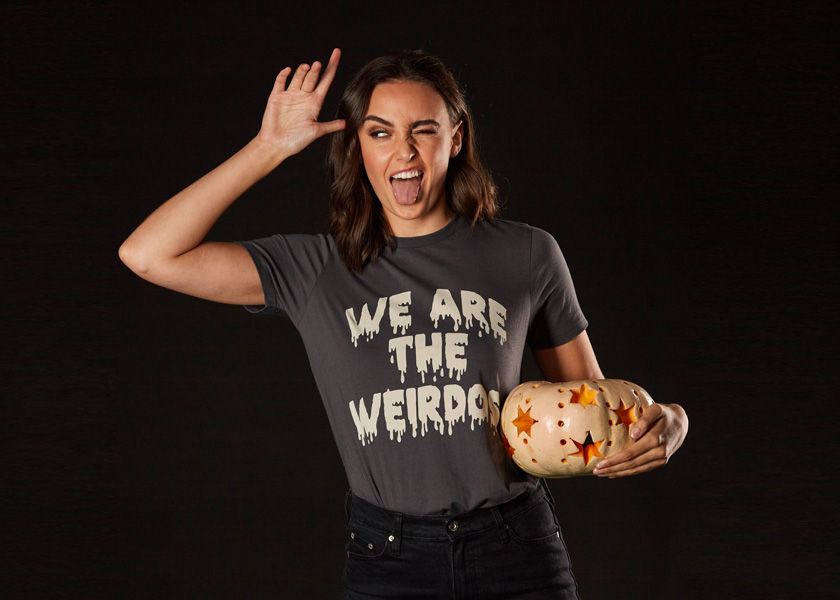 From prom night disasters to deadly werewolf bites and knife wielding maniacs, we’ve got all areas covered in this list of 10 classic Halloween movies that will get your October off to a frighteningly great start. Settle in and maybe leave the lights on whilst we look through these horror movies!

It wouldn’t be right to start our list of classic horror movies without The Exorcist. It’s no surprise that when this film was released so many theatres banned it from being shown and those that didn’t had paramedics on hand for people who had fainted or were leaving in hysterics. After more than 40 years, this film is guaranteed to still give you the chills! Watching Regan’s possession reach horrifying heights and her mother’s desperate pleas for her to be saved by two priests, it’s no wonder The Exorcist is a go-to each October for horror movie enthusiasts.

When you want to watch a werewolf film with an edge, Ginger Snaps should be your go-to. Not only is Ginger Snaps a brilliant alternative to the classic werewolf films we’re so used to, it’s also a strangely lovely tale of sisterly love. With outfits to die for and deadly high school parties that would make you glad your parents grounded you that night, Ginger Snaps is one of those horror movies that has a real bite!

Do you like scary movies? Scream quickly became one of those classic horror movies that all your friends would suggest watching at the weekend sleepover. Capturing the best parts of ‘90s life and fashion, Scream was an inevitable cult classic that left us all afraid to answer the phone. There is not an October that goes by where I don’t love watching this movie and having a paranoid fear sparked within me of whether I definitely locked the doors before making some popcorn and turning the lights out. Scream will forever keep me on the edge of my seat with all its twists, turns and surprisingly brilliant one-liners.

It’s tough to find a horror movie these days that puts a fear in you the way older classic horror movies would but Hereditary proved it could still be done without all the gore. With each shocking tragedy that you think couldn’t get worse this movie will have you sleeping with the lights on! It took a minute to get used to the fact that I wasn’t watching the ABBA-obsessed Muriel (Toni Collette) that once filled me with such jovial joy but instead would be left feeling haunted by such a disturbingly terrific performance. This is definitely a new classic horror movie not to be watched alone.

When you want to get spooky with a vampire film but you’re not quite in the mood for Wesley Snipes’ sassy one liners in Blade or Keanu Reeves’ terrifyingly cringey English accent in Dracula, then 30 Days of Night is what you need. With the sun disappearing for 30 days, giving vampires the perfect town to ravage, never again will I complain that we don’t get enough sun during our winters. If you want to get cosy with Josh Hartnett, I would suggest you load up on garlic bread as your snack for this horror movie!

Who knew a film with only 25 lines of dialogue would become an instant classic for fans of horror movies worldwide?! A Quiet Place is one of those films that leaves you feeling tense and not wanting to speak above a whisper after watching. Seeing a new version of a post-apocalyptic world is a major draw for this film and the fact that the monster lurking remains a mystery for so long builds a steady suspense throughout that will have you rushing to watch The Office (the American version) as soon as the film is over just to de-stress. Curl up with the lights off to watch this one Joanie Gals, just remember not to scream.

We’ve all wondered whether there’s life on Mars at some point, but Alien will keep you hoping that there isn’t. A classic sci-fi horror movie with an incredible lead actress (Sigourney Weaver), Alien is a cult classic to say the least. There’s no worse place for things to go wrong than in space but Ripley handles each hurdle in a way that will have you shouting at the screen and cheering her on as she battles to survive against this interplanetary monster. With the Alien itself having some form of humanoid resemblance, you can’t help but feel chills up your spine as it makes its way through the ship ruthlessly eliminating each crew member. Make sure you check in all the corners and under the bed before you sleep after watching this horror movie!

If you’ve got a taste for terror… watch Carrie. This is undeniably one of the best classic Halloween movies that will continue to be watched for decades to come. With so many levels of strange and scary throughout the movie, it’s easy to see how the bar was set so high in this first Stephen King novel to film adaptation. With an overbearing mother taunting her at home and the cool kids of high school coming up with new ways to torture her, it’s no wonder Carrie’s rage sparked something supernatural within her. Needless to say, after watching Carrie, you’ll definitely try tapping into your own powers of telekinesis!

It wouldn’t be right to list 10 classic Halloween movies without having at least one supernatural haunting in the mix. Paranormal Activity is one of those horror movies that will have you staring at your bedroom door or the shadows on your wall all night after you’ve convinced yourself they’ve definitely moved. For a horror movie that was shot in just 10 days with such a low budget, Paranormal Activity will leave you feeling on edge and avoiding Ouija boards. This supernatural horror movie takes having a demonic house guest to a whole new and terrifyingly realistic level!

What would Halloween be without Halloween?! Boiler suits took on a terrifying new look and wardrobe clear-outs increased to allow space for hiding in the closet. It’s not hard to understand why Halloween has stood the test of time for still being a classic horror movie go-to. With a film score of dark and haunting piano keys, unsettling stares that you feel cut through to your very core and a constant building of suspense and terror being around every corner, this will forever be the ultimate Halloween movie.

There are so many other amazing choices that were tough to cut out from this list of just 10 classic Halloween movies but at least this list has the potential to awaken a darkness within you and get you in the mood for spooking!

One of my favourite things to participate in each October is the 31 days of Halloween challenge, usually seen across Instagram. This challenge is a list of Halloween movies from classics such as Hocus Pocus and The Craft to the true horrors of Poltergeist and The Thing that you can watch each night in October. All you have to do is look up the hashtag #31daysofhalloween and get snuggled up under a blanket with your favourite snacks!

For some Halloween fun with a little less fright, shop our Halloween Edit!