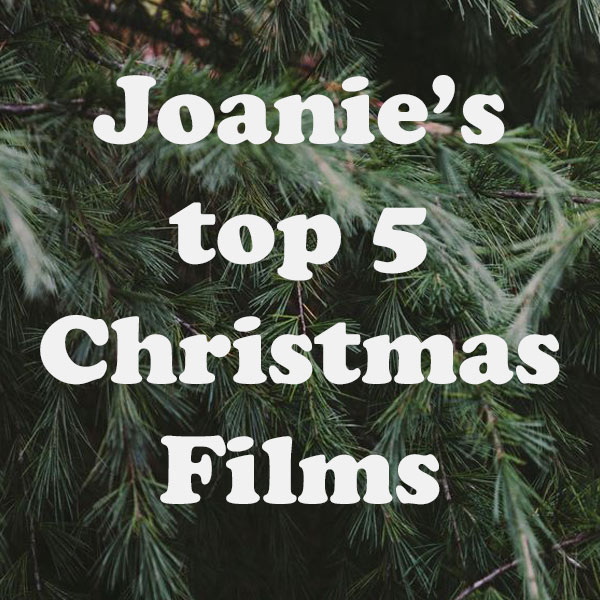 It's that time of year again! A time to snuggle up on the sofa with loved ones, grab a hot chocolate and a mince pie and watch your fave Christmas films together. We've done the research at Joanie HQ and rounded up our top 5 Christmas films to get you in the Christmas spirit.

We think there's something for everyone in our selection so whether you're looking for the classics or the comedies - or if you're just after a true love story at this time of year - there's sure to be something to take your fancy in our top picks.

Whether you opt for the classic 1947 version or the 1994 remake, both will give you that warm, fuzzy feeling inside. We say it's the Christmas film that will make all the non-believers believe! This story starts when a kindly man claims to be Santa Claus and a lawyer and little girl have to prove that he's the real deal. This Christmas classic is guaranteed to get you and the family in the festive spirit.

The Grinch is a hilarious, heartwarming family fave. Living on the outskirts of Whoville is a green, revenge-seeking Grinch who plans on stealing Christmas from the holiday season-loving townsfolk. Born with his heart two sizes too small, a little girl gives the Grinch the benefit of the doubt but will she be able to save Christmas?

A action-packed 'Christmas' (some will say not, we say yes!) film in which John McClane, NYPD Officer, attempts to save his wife and many others who were taken hostage by terrorists during a Christmas party. A unconventional Christmas classic complete with thrills, spills, huge explosions and a hero to save the day.

Love, actually, is all around. For all the romantics, this Christmas fave is set in the run up to Christmas and shares nine very different stories and relationships to show the complexities of the one emotion that connects us all, LOVE.

This Christmas classic with a twist is the modern take on Charles Dickens' tale, A Christmas Carol. This version's story is about a successful television executive who eventually drives away the love of his life with his cold ambition. After firing a staff member on Christmas Eve, he is visited by a series of ghosts who give him a chance to re-evaluate his life and his past wrong doings. Anything featuring Bill Murray is a surefire winner for us!

We hope you get to enjoy a night in watching Christmas films this festive season.

For more Christmas film inspiration, you can check out our previous post.