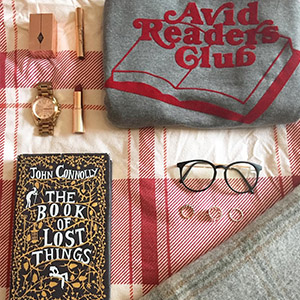 @ladylawstudent: The Book of Lost Things

'The Book of Lost Things is a fantasy novel by John Connolly. The book follows David, a twelve-year-old boy who struggles with his mother's death and his father's remarriage. When a World War II bomber plane crashes into his garden, he finds himself in the fantasy world of his books; he must find the King, who can return him to his home. The novel takes a fresh look at traditional fairy tales, following a child's journey into adulthood.'