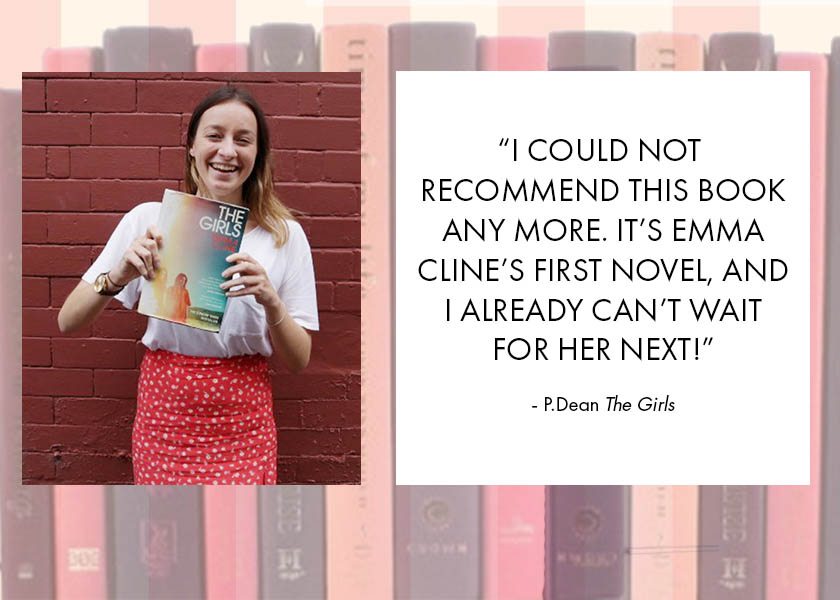 For the first (ever) edition of Joanie's Open Book-Club. We take a look at what Joanie HQ has been reading this summer. First up, The Girl's (Emma Cline).

I could not recommend this book any more! This is Emma Cline's first novel, and I already can't wait for her next. The book focuses loosely on the Manson "family" and the murders that they were involved in. But more importantly, the book focuses less on the crazed Charles Manson, and more so on the development and vulnerability of the book's protagonist: Evie. Not the most loveable character, I found myself being more frustrated with her than anything. The book explores a more disturbing side of sunny California than we're used too, this is shown through the setting, the character and Emma Cline's brilliant use of language. The language of Cline's novel is what I loved the most about it; the descriptions were so intense you could almost smell the situations that she was explaining (not that you'd want too...). I'd recommend grabbing this book for your next holiday, I read it on the commute and it's the only time I've wanted my journey to be longer than it is.

Want to join in with our Joanie Open Book-Club? Snap a selfie of you with your summer read and tag @joanieclothing in the tweet on Twitter. We'll be in touch to find out more of what you thought about the novel. We're excited to hear all about your wonderful reads!